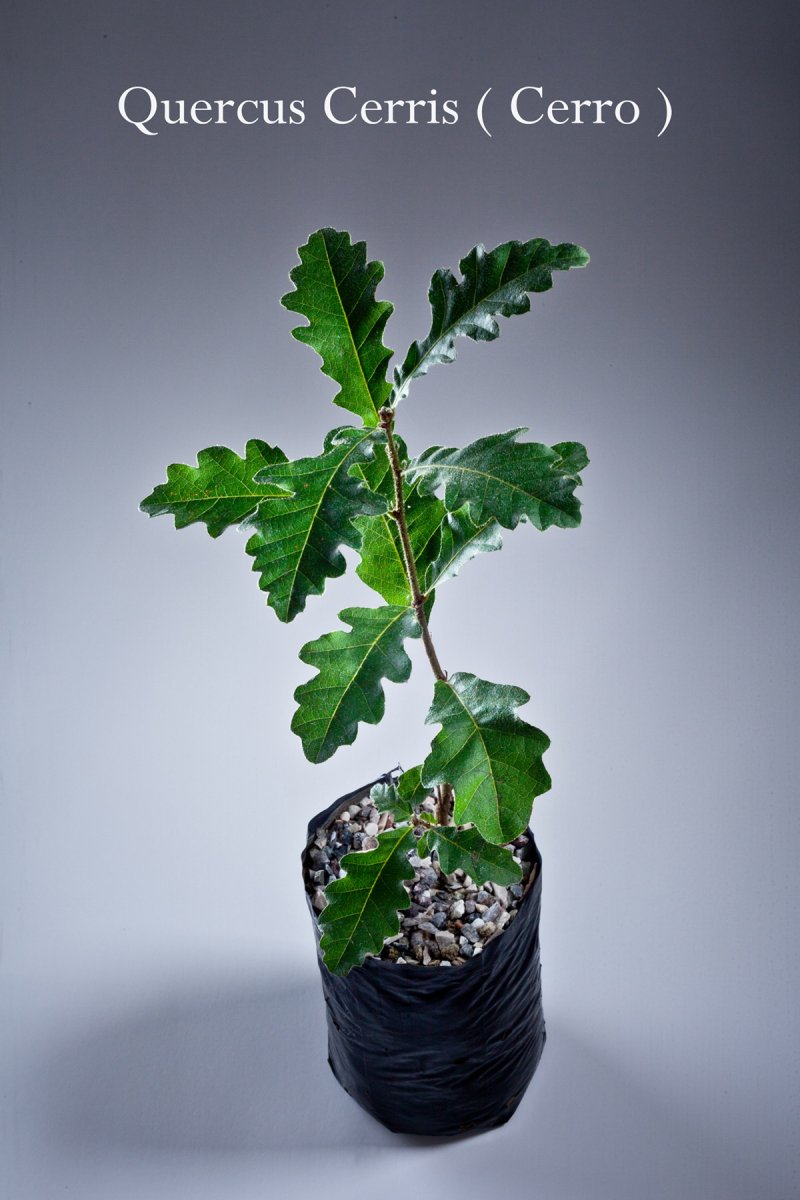 Deciduous reaching heights of up to 30/35 mt. Straight and slender trunk that reaches more than a meter, meter and a half in diameter, remarkably long-lived plant.Canopy at first oval, then globose and medium dense.

Bark in the early years is gray and smooth, but already after a decade or so deep vertical and parallel wrinkled grooves are formed, dark gray in color but showing the salmon-colored growth zone, which is very evident during the growing season, unlike other oaks.

The young twigs are somewhat angular dark gray and those of the year are rusty-brown, tomentose.

The leaves are very variable in shape and late caducous; they are on average oblong-obovate in outline and rounded at the base, sometimes truncate and slightly cordate dark green, glossy and rough on the upper part, while they are paler in the lower pagona, glabrous with a leathery texture.

Fruits are the acorns that ripen in the second year after flowering , they are large, solitary or grouped in 2/4 on a short stumpy stalk, the dome is covered with long, supple, supple scales. A mesophilous plant, sensitive to late frosts and intense cold, it prefers deep, fertile and slightly arid soils of a siliceous and clayey nature, but it does not disdain calcium-rich sub-alkaline calcareous soils. The turkey oak has a more restricted range than the downy oak and includes the regions of south-central and eastern Europe; in Italy it is widespread in the Apennines and hilly areas between 500 and 1,200 meters above sea level. In the wild it is found in symbiosis with Tuber Magnatum, Tuber Aestivum, Tuber Brumale and more rarely with Tuber Melanosporum, while in truffle cultivation it is suitable for mycorrhization with Tuber Aestivum, Tuber Melanosporum, Tuber Brumale.

Request information about this plant

Fill out the form with no obligation; the name of the plant you are interested in will be included in the title of the email.

We and selected third parties use cookies or similar technologies for technical purposes and, with your consent, also for other purposes as specified in the cookie policy.
If you close this banner with a tick or click on "Decline", only technical cookies will be used. If you want to select the cookies to be installed, click on 'Customise'. If you prefer, you can consent to the use of all cookies, including cookies other than technical cookies, by clicking on "Accept all". You can change your choice at any time.